Fungi of the Week

Introduction: The Shaggy Pholiota (Pholiota squarrosa) is a UK-native saprobic fungus that is commonly mistaken with the Honey Fungus (Armillaria mellea).

Cap: The caps of a Shaggy Pholiota are a yellow-ochre colour and have upturned brown scales cover their surfaces in irregularly concentric rings. When young, the fungi cap begins convex, but as it matures, it begins to flatten. However, mature fungi of the Shaggy Pholiota do remain with an in-rolled margin. 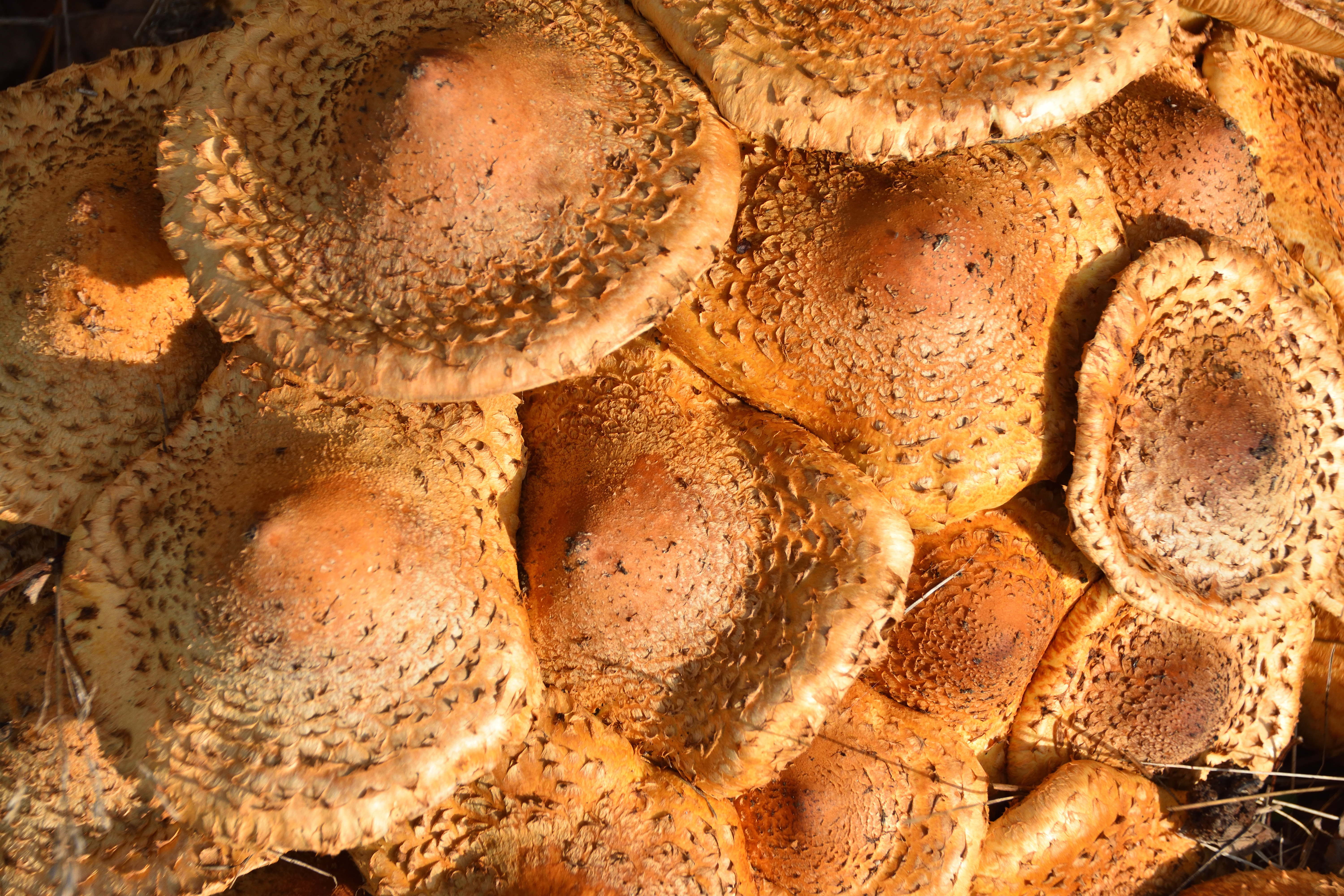 [Caps of a Shaggy Pholiota]

Gills: Gills of a Shaggy Pholiota are adnate and when young, begin as a pale yellowy-grey. As the fungi mature and develop, these gills then turn into an orangey-brown. Young gills can also be covered in a veil-like film.

Stem: Each fruiting body of the Shaggy Pholiota have a relatively thick (between 0.7cm to 1.5cm) stem. Below the distinctly scaly stem-ring, the stem is covered in upturned brown scales, much like on their caps. On the upper stems (above the stem ring), the stem is a paler colour and is typically smooth.

Spores: Their spores are smooth, ellipsoidal and have an apical germ pore. Their spore print, however, is a rusty-brown which helps to distinguish them from the Honey Fungus.

Flesh: Gives off a radish-like aroma.

Habitat and Impact on Trees

Shaggy Pholiota are mainly saprobic and grow in clusters on the bases of stumps or on leaving or dead broadleaf trees such as Beech, typically between the months of August and November. However, they are known to occasionally form on the stumps of conifers such as Spruce trees. 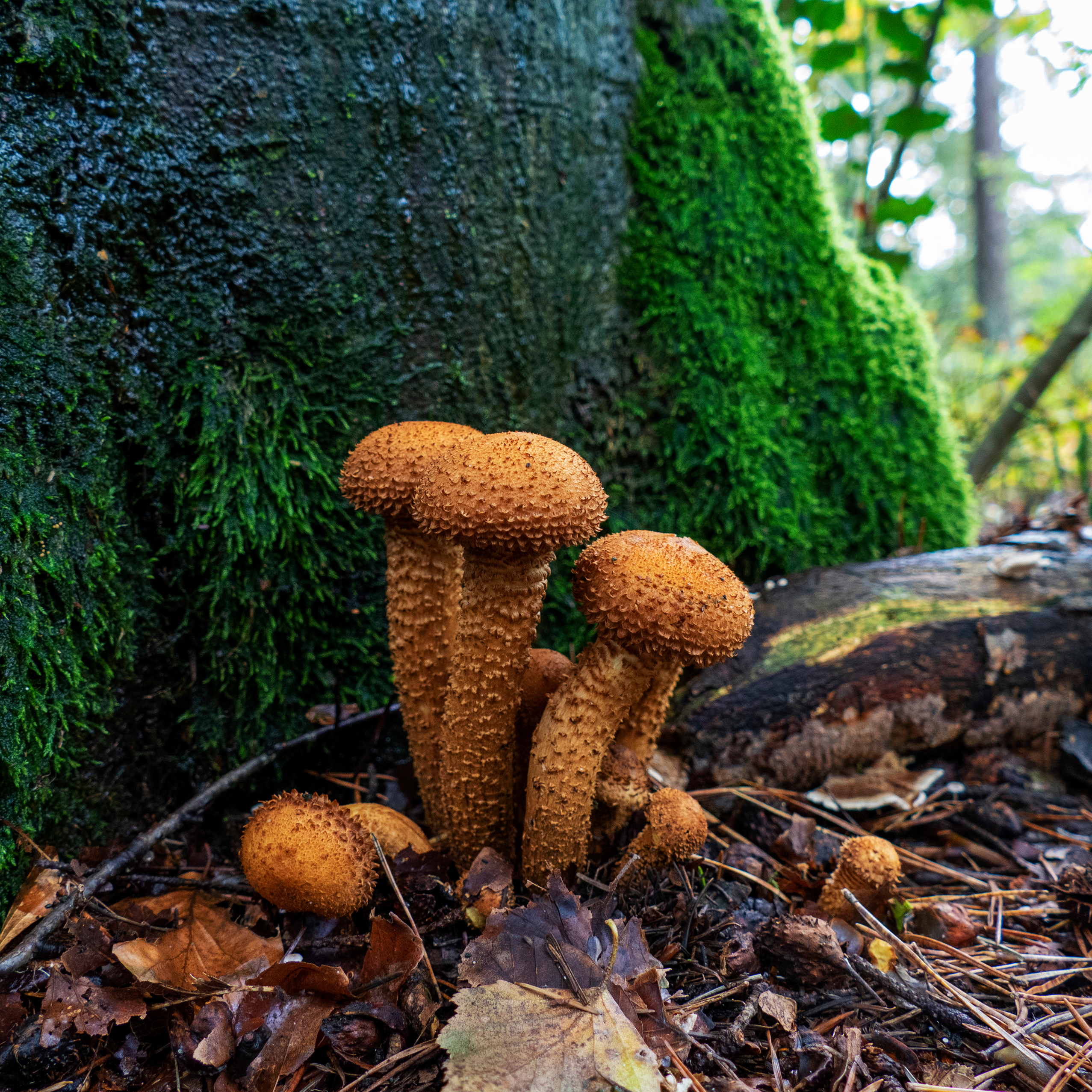 View All Resources
Fungi of the Week

Read More
Fungi of the Week

Chicken of the Woods – Laetiporus sulphureus

Read More
Fungi of the Week